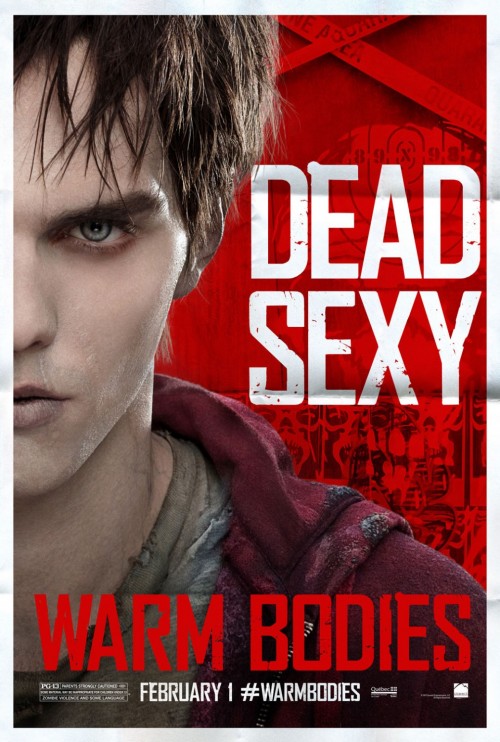 PG-13 Comedy, Horror, Romance
The products below contain affiliate links. We may receive a commission for purchases made through these links.
POSTERS
‹ ›

6.8
It's romance with a twist in "Warm Bodies" starring Nicholas Hoult and Teresa Palmer. Usually, zombies like Hoult's character R are isolated from humans like Palmer's character Julie. However, she and her group are searching for medical supplies in an abandoned city. R is entranced by the young woman and tracks her. After he kills her boyfriend and absorbs his memories, he's even more attracted to Julie. He rescues her before his fellow zombies can consume her. The mismatched pair becomes acquainted during an extended stay at his home, an airplane. She's continually threatened by the other zombies, so he decides to help her return to her own people. She's dismayed to learn he's the one who killed her boyfriend and rejects him. Despite his heartache, he realizes he needs Julie's help to assist his fellow zombies, who are threatened by another group of zombies. Her father resists his claims that he and his friends are regaining their humanity. Threatened by the new group of zombies, R and Julie are soon trapped. He devises an escape into a pool and shares a kiss with her that transforms him into a fully human boy for a happy ending.
MOST POPULAR DVD RELEASES
LATEST DVD DATES
[view all]