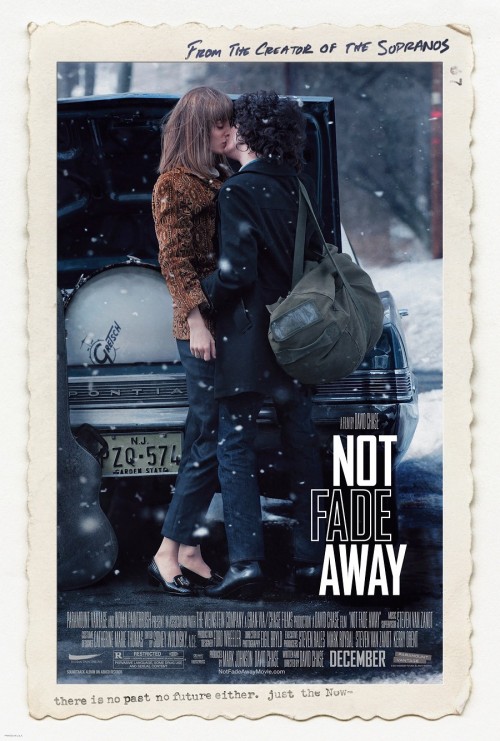 6.0
It's the 1960s, and rock is hotter than it's ever been. The Beatles have landed, the Rolling Stones are in their infancy, and kids around the world want nothing more than to be The Next Big Thing?. Not Fade Away follows a group of friends from the suburbs as they attempt to catch their big break, focusing on one guy in particular. That guy's name is Doug. Doug's sister provides a lot of the narration and exposition, showing the viewer Doug's metamorphosis from self-professed loser to band member = drums and backup vocals, if you're curious - to the leader / frontman, now under the lights and catching the eye of some legitimate movers and shakers. As with just about every story of this nature, tensions and conflict crop up along the way, straining relationships between Doug and his friends and Doug and his family. Doug's dad is a working stiff who wants better (and safer) for his son than he had in his own life. And thus the journey from nobody to would-be icon begins.
MOST POPULAR DVD RELEASES
LATEST DVD DATES
[view all]