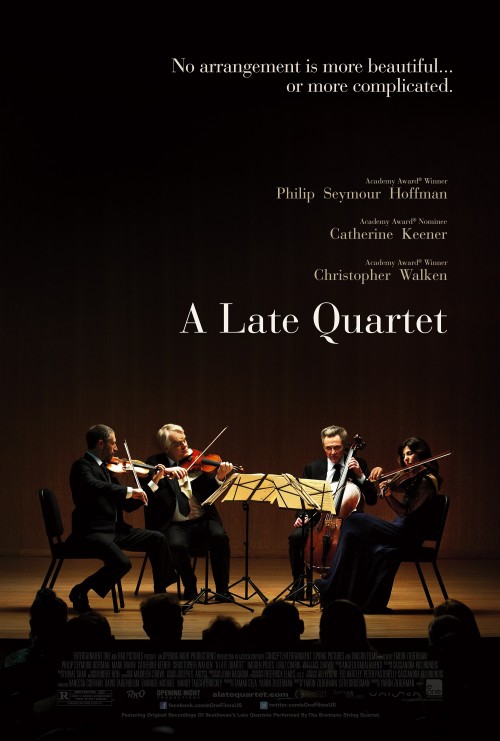 7.1
"A Late Quartet" features the stories of a quartet's members after 25 years of performing together. Peter, the group's cellist, develops Parkinson's disease, which will leave him unable to perform on a professional level. His retirement forces the other three members to determine a course forward. Meanwhile, second violinist Robert, portrayed by Phillip Seymour Hoffman, struggles with his secondary role in the group. His frustration, made more acute as he ages, causes him to have an affair with a dancer. His violist wife Juliette, played by Catherine Keener, must decide how she will handle his unfaithfulness. Robert and Juliette's daughter Alexandra, played by Imogen Poots, finds herself as the love interest of the much-older Daniel, causing more strife withing the formerly tight-knit group. After 25 years of performing together, the group must decide whether they can stay together.
MOST POPULAR DVD RELEASES
LATEST DVD DATES
[view all]