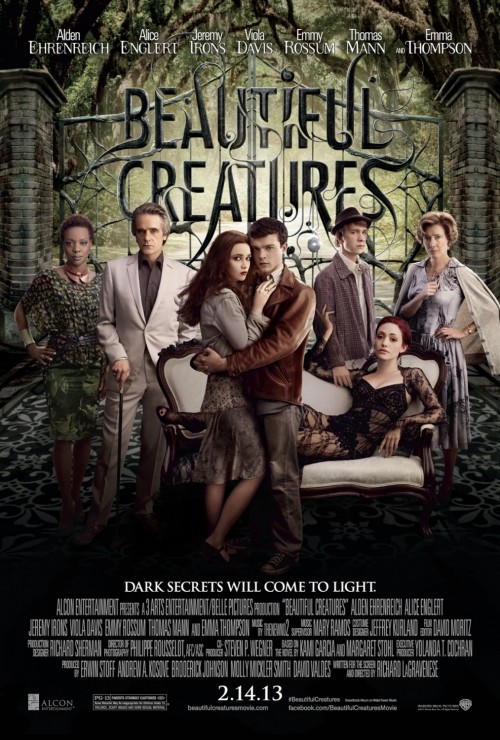 6.1
Ethan Wate is just an ordinary high school kid who dreams of getting out of his North Carolina town and going onto bigger and better things in life. While going through his normal everyday life, Ethan begins to have dreams that involve a mysterious and mystical girl who he does not know. Later on, a strange girl named Lena enrolls in his high school and begins taking classes there alongside Ethan. Much to his surprise, Lena is the girl who Ethan has been dreaming about for quite some time before she starts going to the school with him. Lena does not become friendly with most of the kids at the high school because of her family's mysterious past, but Ethan automatically becomes friendly with her. The two fall in love and Lena reveals a secret to Ethan that she is actually a witch and has come from a long line of witches in her family ancestry. The story continues to reveal how Lena must make a decision between lightness and darkness when she turns 16 in order to continue her life as a witch. While the story unfolds, Ethan is there with her by her side helping guide her to the right path.
MOST POPULAR DVD RELEASES
LATEST DVD DATES
[view all]