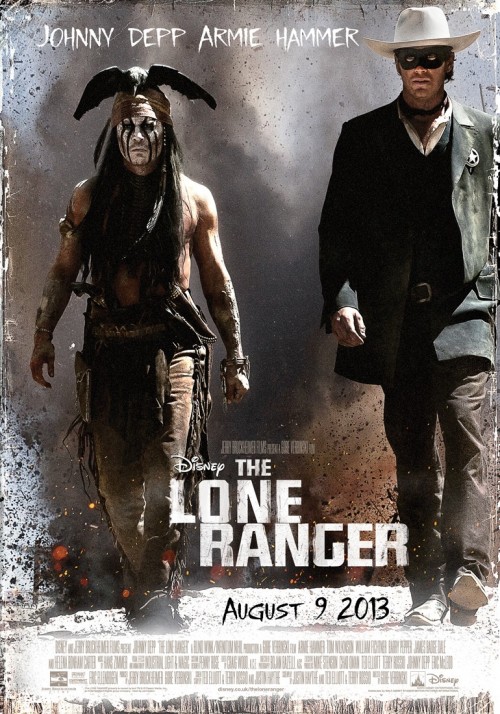 PG-13 Action, Adventure, Western
The products below contain affiliate links. We may receive a commission for purchases made through these links.
POSTERS
‹ ›

6.4
When the lawyer John Reid visits his home in the Wild West, he learns his Texas Ranger brother Dan is now in hot pursuit of the outlaw Butch Cavendish, who was rescued by his gang when they derailed a train to save him from hanging for his crimes. Dan gives John a badge and makes him a Texas Ranger; together, they join the other deputies and head into the wilderness to capture Cavendish and his gang. When the Rangers are overcome by the outlaw gang, they are all shot to death. But a mysterious Comanche named Tonto is able to rescue John, who vows to bring his brother's murderer to justice. As the two men plot to take down the gang, they learn that the corruption in this wild place runs much deeper: greed and betrayal lead to the murder of Comanches and the kidnapping of Dan's widow and son. John, now disguised by a mask, and Tonto hatch an audacious plan to unseat the head of the operation. When all is revealed and balance is restored in the land, the townspeople name John a hero, and The Lone Ranger and Tonto ride off into the wilderness.
MOST POPULAR DVD RELEASES
LATEST DVD DATES
[view all]