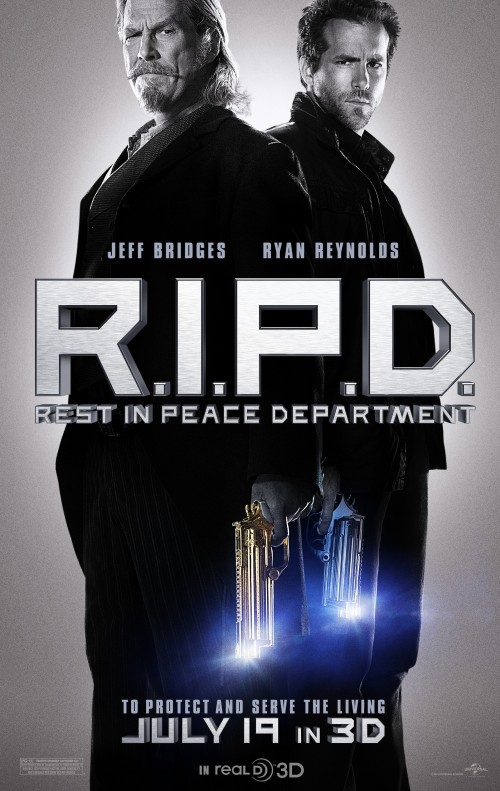 5.6
Nick Walker is a Boston police detective who finds a stash of gold in a drug raid. Nick and his partner, Hayes, agree to split the gold, though Hayes double-crosses Nick when Nick has second thoughts about keeping the stolen treasure. Hayes kills Nick during a bust, framing a known criminal for Nick's murder. In the afterlife, Nick ends up at the Rest in Peace Department, a supernatural division of the Boston PD. The director of the division, Mildred Procter, informs Nick that he must return to Earth to catch evil spirits. She assigns Roy Pulsipher to be his partner. Roy is a R.I.P.D. veteran that has served in the division for more than a century. The two men are given avatars when they return to Earth to avoid suspicion. Nick and Roy begin to investigate Nick's death, only to find out that the stolen gold is actually pieces of a supernatural staff that serves as a portal between the world of R.I.P.D. and the world of the living. Nick and Roy track down Hayes, who turns out to be an evil spirit. Hayes proceeds to kidnap Nick's wife, mortally wounding her. Nick and Roy save the city by closing the portal, but Nick can not save his wife. Procter steps in to keep Nick's wife alive as a favor to Nick for killing Hayes.
MOST POPULAR DVD RELEASES
LATEST DVD DATES
[view all]