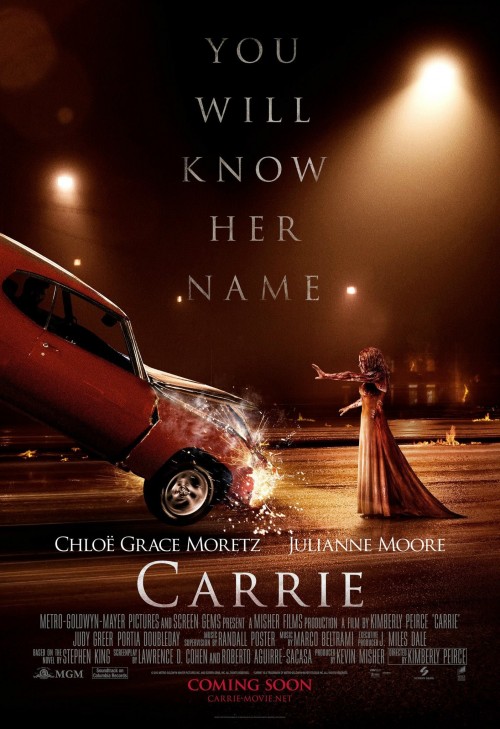 R Drama, Horror
The products below contain affiliate links. We may receive a commission for purchases made through these links.
POSTERS
‹ ›

5.8
A remake of the classic horror story about Carrie White, a peculiar, shy girl who is the outcast of her school. Carrie's situation is made worse by her controlling religious mother who is overly protective of her. Things begin to heat up when her mother tries to keep her from going to the prom. When cruel pranks at her senior prom go horribly wrong, it pushes Carrie beyond her limits. She makes her classmates get what's coming to them when she unleashes her telekinetic powers. When her classmates see what destruction and horror Carrie is capable of, they'll wish they never messed with her.
MOST POPULAR DVD RELEASES
LATEST DVD DATES
[view all]