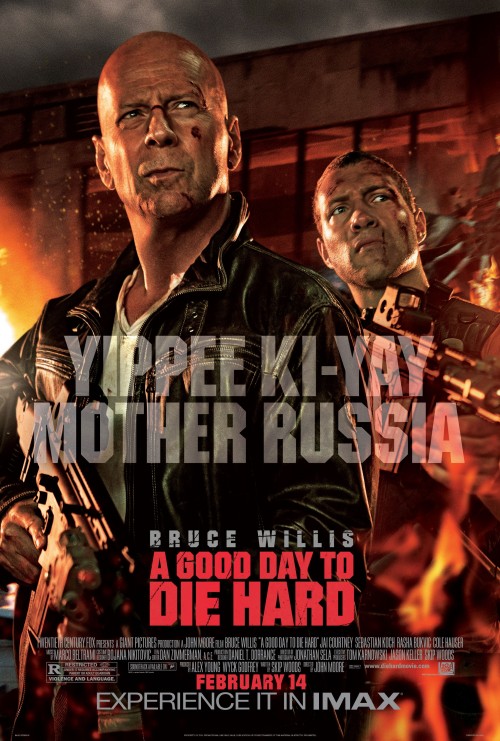 5.2
Legendary cop John McLane goes overseas in the fifth installment of the Die Hard franchise, A Good Day to Die Hard. Learning tat his estranged son, Jack is up on murder charges in Russia, McLane rushes to help. Against a backdrop of political intrigue and corrupt officials, Jack stumbles into a planned explosion at the courthouse where is son and the dissident (Komarov) are on trial. All three escape into downtown Moscow, arriving at a safe house where Jack reveals he is a CIA agent in search of a mysterious file that will exonerate Komarov. They are found by their pursuers, and another chase scene ensues. They escape after a shootout, meeting up with Komarov's daughter (Irina). MacLane smells a rat, and it turns out he's right. Irina betrays MacLane and his son, though they escape in another nail-biting sequence. They head for the doomed Chernobyl nuclear plant and a vault containing the file. It turns out there's no file, just a pile of weapons-grade uranium for the taking. Komarov's at the bottom of it. A spectacular helicopter chase follows. MacLane and Jack are victorious, and return to the U.S. with a mended relationship and a good number of cuts and bruises.
MOST POPULAR DVD RELEASES
LATEST DVD DATES
[view all]