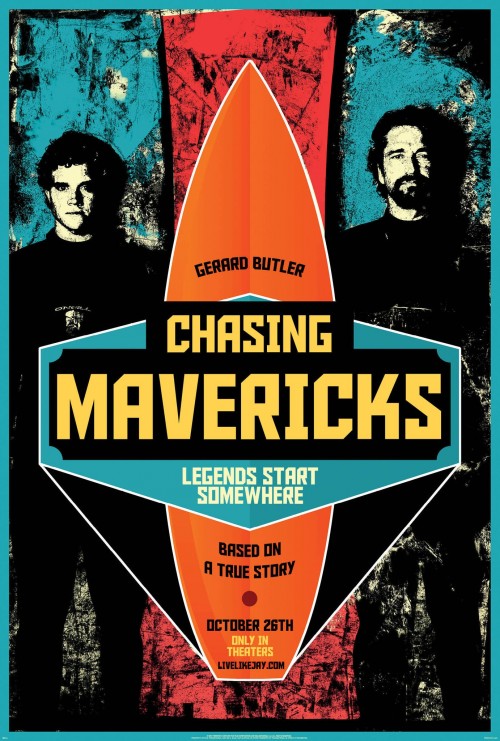 PG Drama, Sport
The products below contain affiliate links. We may receive a commission for purchases made through these links.
POSTERS
‹ ›

7.1
Chasing Mavericks is the true story of a young boy named Jay Moriarty who nearly drowns at eight years old, before being saved by a neighbor. His neighbor is a surfer, and Jay wants to follow in his neighbor's lead and become a legendary surfer of his own. The film focuses on Jay's training and preparation to ride what are called 'Mavericks,' a rare weather event that produces enormous waves that only the very best surfers can handle. For his 16th birthday, Jay finally gets the opportunity to ride Mavericks, achieving his lifelong dream, before tragically dying in a free-fall accident a few years later.
MOST POPULAR DVD RELEASES
LATEST DVD DATES
[view all]