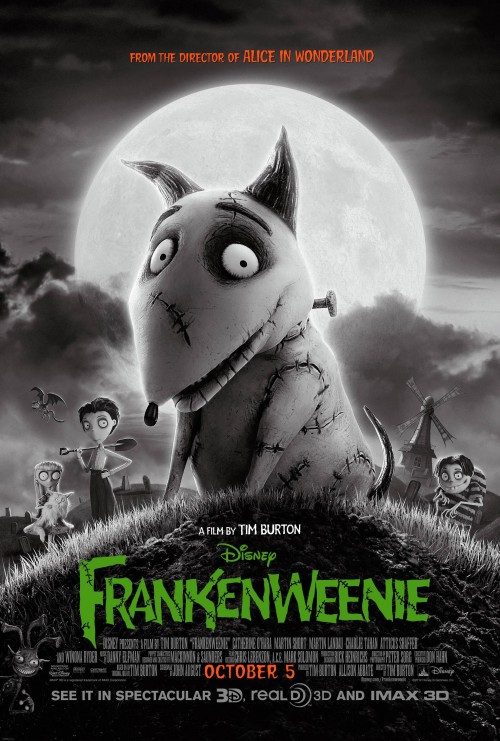 6.9
Frankenweenie is a stop-motion animated film directed by Tim Burton based on his short film from 1984 of the same name. Released in 2012, Frankenweenie was made in black and white and is based on Mary Shelley?s Frankenstein. The story follows a young New Holland boy named Victor who loses his dog, Sparky, after he chases a baseball and is struck by a car. When Victor sees his science teacher perform an experiment involving reanimating dead frogs with electricity, he builds a laboratory in his attic and brings Sparky back to life. Although Victor tries to keep his undead pet a secret, his classmates soon find out and wish to attempt reanimation on their own. When Victor?s parents discover Sparky in the attic, the dog becomes frightened and runs away. The family leaves to search for him, and Victor?s classmates invade the lab to steal Victor?s formula. The children create their own makeshift labs and reanimate their dead pets. Things go wrong, however, and the dead animals turn into monsters. Feeling like he is responsible for the disaster, Victor decides it is up to him to save his small town, even if it means losing his beloved pet for good.
MOST POPULAR DVD RELEASES
LATEST DVD DATES
[view all]