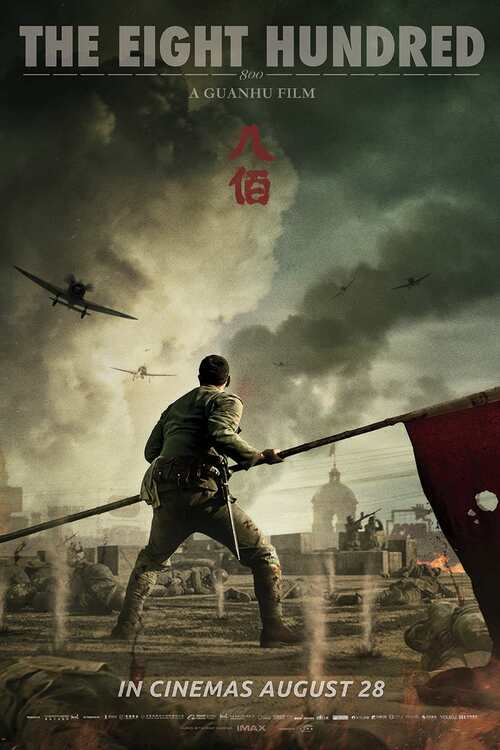 NR Action, Drama, History
The products below contain affiliate links. We may receive a commission for purchases made through these links.
POSTERS
‹ ›

6.7
In 1937, after the Imperial Japanese Army established a foothold in Shanghai during the Second Sino-Japanese War, eight hundred soldiers from the Chinese Army, facing a growing inability to hold the line, retreat to the Sihang Warehouse even though it's in the middle of the Shanghai Battlefield. The 524th Regiment's Lieutenant Colonel Xie Jinyuan, a member of the 88th Division of the National Revolutionary Army, establishes Sihang Warehouse as a hold point for a last stand against 20,000 Japanese solders. He knows that his troops will likely be overrun, but has orders to fight to show the enemy the Chinese spirit, boost morale among troops in the rest of the army and convince the nearby Allies to lend their aid.
MOST POPULAR DVD RELEASES
LATEST DVD DATES
[view all]