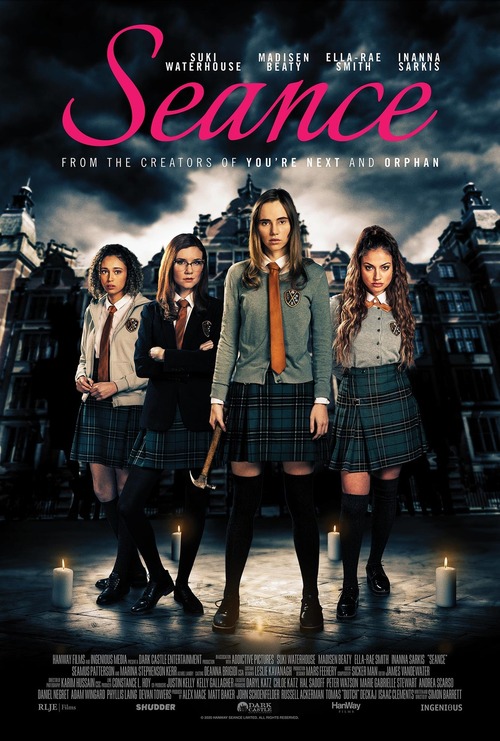 5.2
Seance is a horror film that takes place on the campus of the Edelvine Academy for Girls. Camille Meadows enrolls shortly after the untimely death of a student following a seance. She initially encounters odd occurrences thanks to living in the same room as the deceased girl. When Camille and the original group of girls perform another ritual and receive a dire warning, those involved become the target of a violent killer.
MOST POPULAR DVD RELEASES
LATEST DVD DATES
[view all]