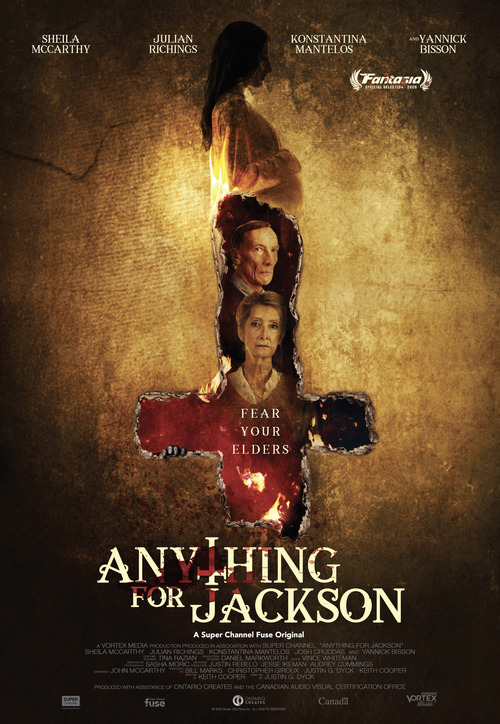 Horror
The products below contain affiliate links. We may receive a commission for purchases made through these links.
TRAILER

6.4
After losing their only grandson, Jackson, in a car accident, grief-stricken Audrey (Sheila McCarthy) and Henry (Julian Richings), a doctor, kidnap Henry's pregnant patient with the intention of performing a "reverse exorcism," putting Jackson inside her unborn child. It doesn't take long to figure out Jackson isn't the only ghost the grandparents invited into their home. Now, it's a race against time for the couple, as well as the pregnant woman, to figure a way out of the haunting they've set upon themselves.
MOST POPULAR DVD RELEASES
LATEST DVD DATES
[view all]