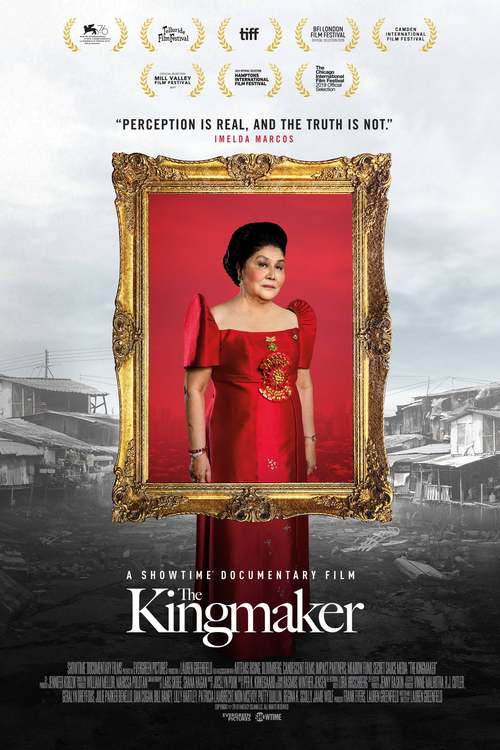 7.6
Known as the Iron Butterfly, Imelda Marcos, who was a former beauty queen, later married President Ferdinand Marcos and became the First Lady of the Phillippines in 1965, and the couple ruled the country until 1986, the year they were exiled due to their long history of corrupt dealings. For decades, they lived an extravagant lifestyle, and the First Lady was famous for her obsession with owning thousands of shoes. In an attempt to try to push her family back into political power, Imelda tries to rewrite the truth about their love of their country so that she can help her son Bongbong become its new president.
MOST POPULAR DVD RELEASES
LATEST DVD DATES
[view all]