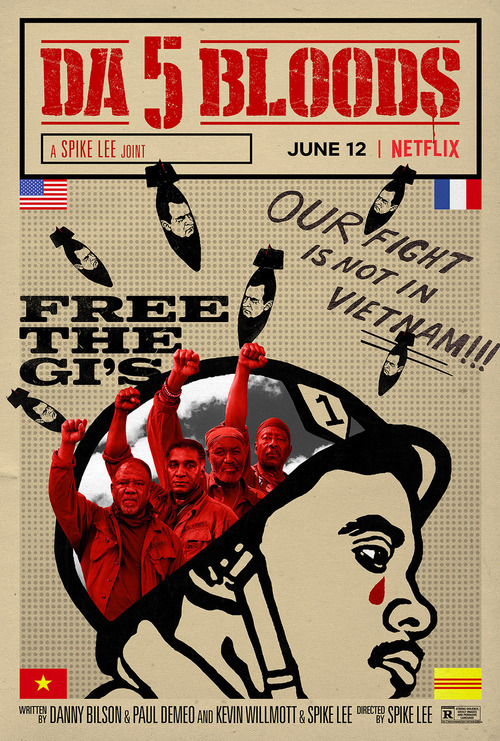 R Drama, War
The products below contain affiliate links. We may receive a commission for purchases made through these links.
POSTERS
‹ ›

6.5
An African-American squad of U.S. Army 1st Infantry Division soldiers, Norman, Eddie, Melvin, Otis and Paul, discover a chest of gold bars in a downed CIA airplane in Vietnam during The Vietnam War. The CIA gold was intended to help locals with their fight against the Viet Cong. The five men, after thinking about injustices they faced in America and the mistreatment of African Americans throughout history, decide to keep the gold and bury it. Yet, their luck doesn't hold out. An attack in the region wipes out all known landmarks. Norman is also killed. Years later, as old men, Eddie, Melvin, Otis and Paul decide to go back to Vietnam in search of both the gold and Norman's remains. The Bloods, as Norman had called them all those years before, must finally face their dark past and deal with an array of difficult obstacles along the way.
MOST POPULAR DVD RELEASES
LATEST DVD DATES
[view all]