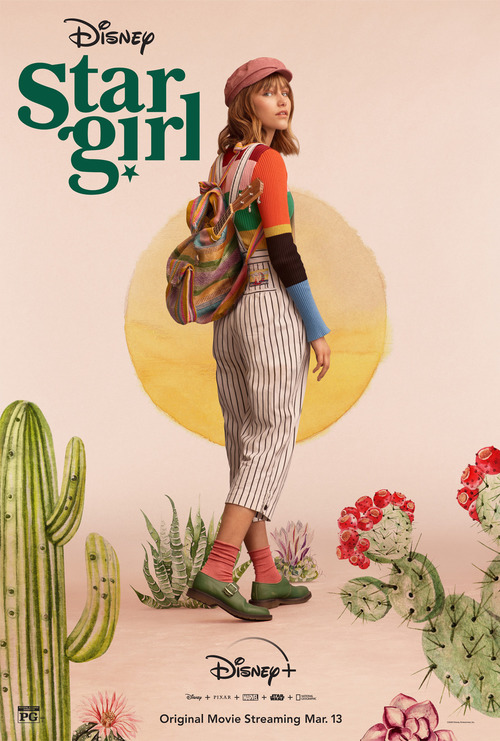 PG Comedy, Drama, Romance
The products below contain affiliate links. We may receive a commission for purchases made through these links.
POSTERS
‹ ›

6.2
Stargirl, based on the novel by Jerry Spinelli, follows high school student Leo. He is an unremarkable teenager, raised by a single mother and waiting for something exciting to happen to him. Once Stargirl, a free spirit, arrives at his school, he becomes interested in her, since she is unlike anyone else in his class. Is it just a romance, or an obsession? Viewers will see Leo's true motives for befriending Stargirl, and what she has to teach him, in this musical drama. The plot is reminiscent of coming of age stories of the past, but has a modern twist.
MOST POPULAR DVD RELEASES
LATEST DVD DATES
[view all]