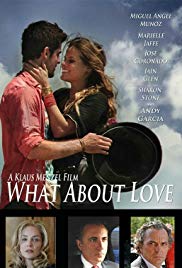 NR
Two young actors, Tanner and Christian, travel to Europe to help create a film about people's perceptions of love. During the filming of the movie, the two actors start to become more close to each other in real-life before finding out that the film was bringing them together in love in similar ways that the movie represents. Ultimately, Christian's life is saved because of the romance due to tragedy striking them in Europe.
MOST POPULAR DVD RELEASES
LATEST DVD DATES
[view all]