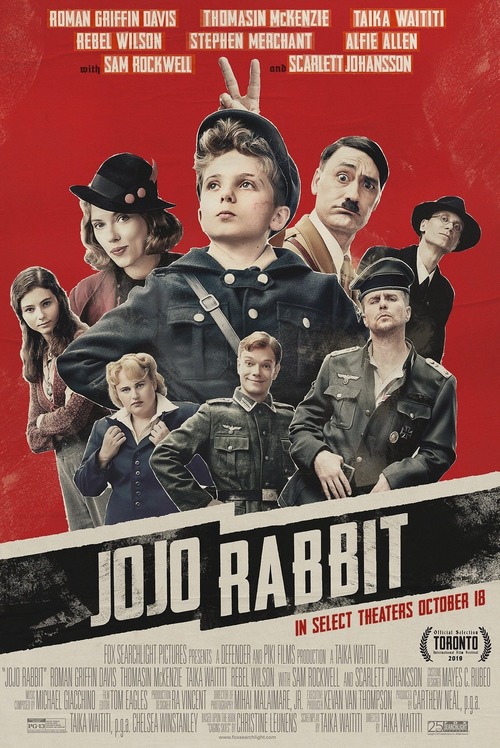 PG-13 Comedy, Drama, War
The products below contain affiliate links. We may receive a commission for purchases made through these links.
POSTERS
‹ ›

7.9
During World War II, a young German boy named Jojo Betzler lives a curious life in which his imagination often gets the better of him. Although a member of the Hitler Youth program, he's often bullied by his peers for being frightened about different things. They call him "Rabbit" as a result. To deal with the stresses of his time, he often imagines that Adolf Hitler is his friend and speaks to him. When JoJo learns that Rosie, his single mother, has hidden a Jewish girl in their home, JoJo must confront his fears, prejudices and imaginary friend and decide if the Nazis' blind nationalism is the correct world view.
MOST POPULAR DVD RELEASES
LATEST DVD DATES
[view all]