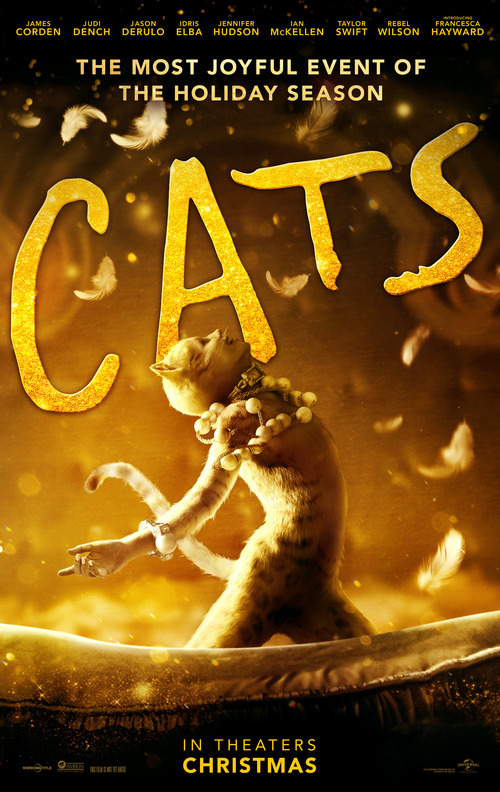 PG Comedy, Drama, Fantasy
The products below contain affiliate links. We may receive a commission for purchases made through these links.
POSTERS
‹ ›

2.7
Cats is a musical film that focuses on a tribe of Jellicle cats that come together each year to choose a cat that will be reborn to a new life. A Jellicle moon is an annual event that allows the a cat to ascend to the Heaviside Layer. The Cats film features numerous colorful characters, such as Old Deuteronomy, Munkustrap, Rum Tum Tugger, Bustopher Jones, Grizabella, Macavity, and many more. Many of these characters are featured in songs throughout the movie. Cats is based on a 1981 musical that was available for over 18 years, making it one of the longest-running productions on Broadway.
MOST POPULAR DVD RELEASES
LATEST DVD DATES
[view all]