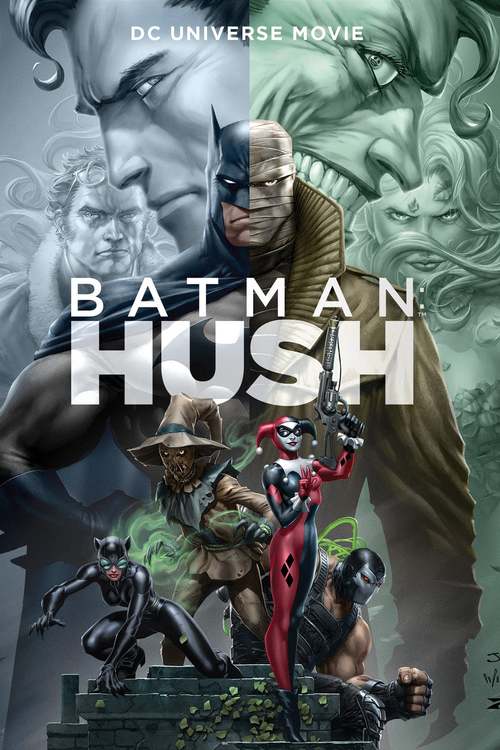 PG-13 Action, Animation, Crime
The products below contain affiliate links. We may receive a commission for purchases made through these links.
POSTERS
‹ ›

6.9
Batman: Hush is an original animated film set within the DC Animated Movie Universe continuity. Based on the comic run by Jeph Loeb and Jim Lee, it follows Batman's encounters with a gauntlet of his greatest foes, the story branching out as he unravels a conspiracy against both himself and his alter ego of Bruce Wayne. Through it all, the Caped Crusader must contend with forces from his past making an unexpected reappearance as well as seeing various friends and foes in a new light, all somehow connecting back to a mysterious new villain with a bandaged face named Hush.
MOST POPULAR DVD RELEASES
LATEST DVD DATES
[view all]