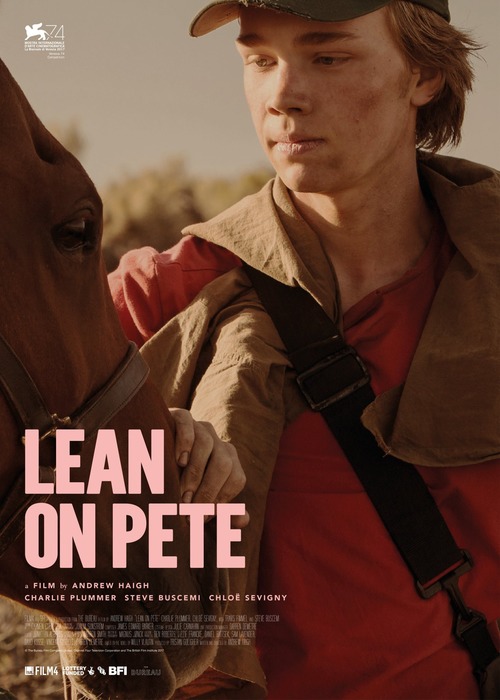 R Adventure, Drama
The products below contain affiliate links. We may receive a commission for purchases made through these links.
POSTERS
‹ ›

7.3
Fifteen-year-old Charley Thompson sets out on a mission to reconcile with his father, Ray, in Oregon. While father and son struggle to find common ground, Charley finds himself drawn to the people and the horses at the local racetrack. In fact, it's a quarter-horse named Lean on Pete that gives Charley a chance to fill the voids left by the slow-to-develop relationship with his father. When word gets out that Lean on Pete is designated for the slaughterhouse, Charley becomes the gentle horse's last line of defense. That's good because Charley is willing to go to outrageous extremes to keep his new friend safe.
MOST POPULAR DVD RELEASES
LATEST DVD DATES
[view all]