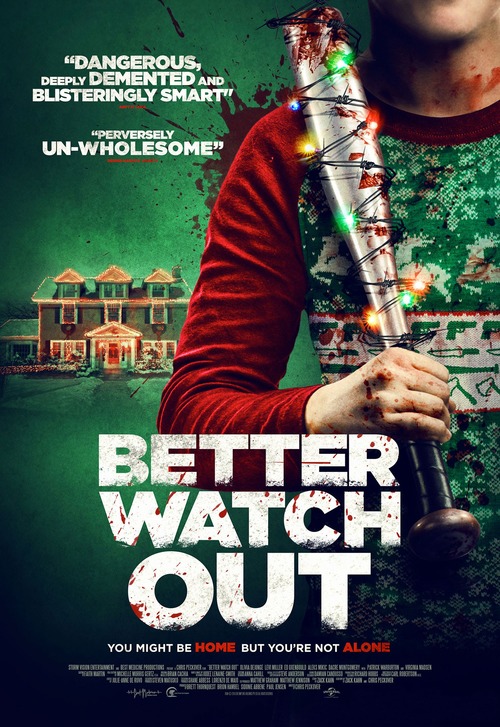 6.5
Better Watch Out is a horror comedy set during the Christmas holidays. Ashley babysits Luke, who has a crush on her. The evening takes a dark turn when the two are held captive during a home invasion. It is revealed that Luke set up the whole thing with his best friend Garrett as a way to literally scare Ashley into having sex with him. Luke convinces Ashley's ex-boyfriend to come to the house, only to end up killing Jeremy and, later, Ashley herself.
MOST POPULAR DVD RELEASES
LATEST DVD DATES
[view all]