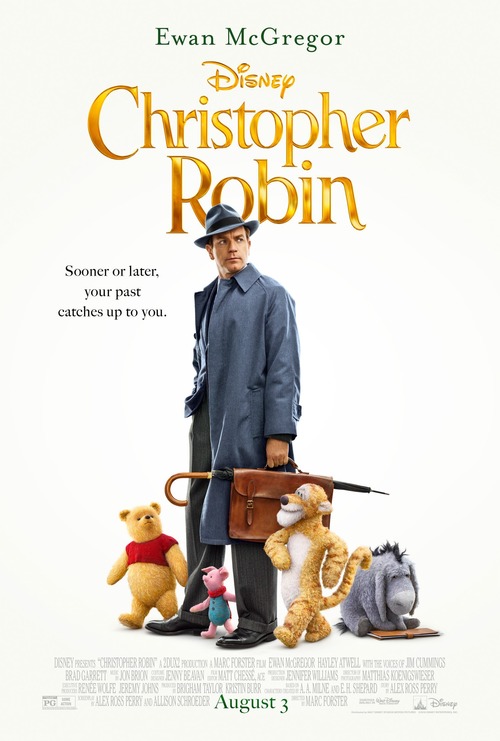 7.8
The young, imaginative Christopher Robin, who used to explore the Hundred Acre Wood with his friends Winnie the Pooh, Piglet, Owl, Tigger, Eeyore and the rest of their friends, has grown up into a rather unimaginative member of the working class and a responsible husband and father. Right before leaving for a weekend outing with his wife Evelyn and daughter Madeline, Christopher's boss, Giles Winslow, informs him that the board of the company has called an emergency meeting to downsize 20 percent of their staff. Christopher must give up his weekend plans and find a way to prevent significant job losses. Caught in the grip of indecision, Christopher doesn't know what to do until he comes face-to-face with his old, childhood friend Winnie the Pooh who offers to help him find the answer to a happier adulthood.
MOST POPULAR DVD RELEASES
LATEST DVD DATES
[view all]