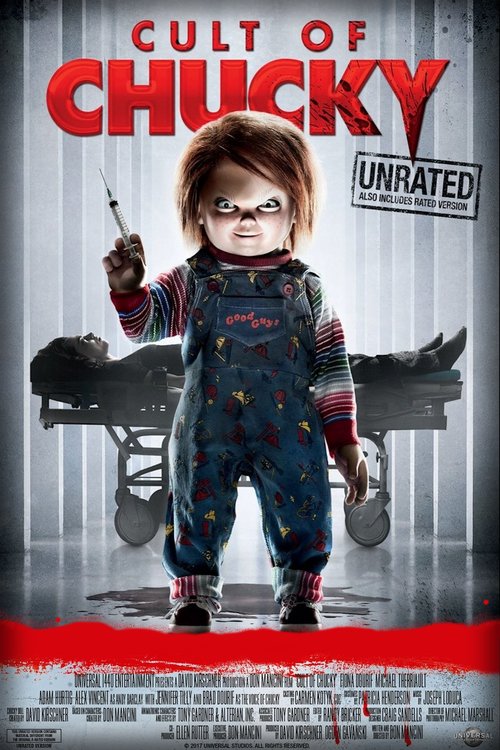 5.2
Cult of Chucky is the seventh film to be released since the franchise began in 1988 with Child's Play. The demented doll is back at it again with some new and dangerous tricks up his sleeve. The movie begins in an insane asylum where a young girl, Dourif, who previously owned the Chucky doll that murdered her family, has been locked up for over 4 years believing that she committed the murder and not Chucky. However, once Chucky shows up in the asylum and begins killing again, Dourif realizes that she wasn't crazy after all.
MOST POPULAR DVD RELEASES
LATEST DVD DATES
[view all]