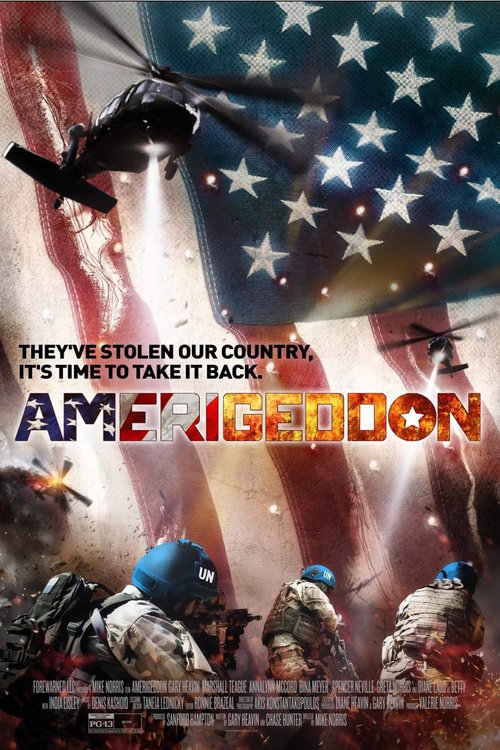 3.7
AmeriGeddon gives viewers a glimpse of what might happen in the event of a worldwide disaster. When a large, well-organized terrorist group convinces the United Nations to turn on the United States havoc ensues. After the United States power grid is disabled, Martial Law is declared and it is up to a small army of patriotic Americans to restore balance. Armed only with guts, determination and the Second Amendment these patriots overthrow evil and restore freedom in the United States once again.
MOST POPULAR DVD RELEASES
LATEST DVD DATES
[view all]