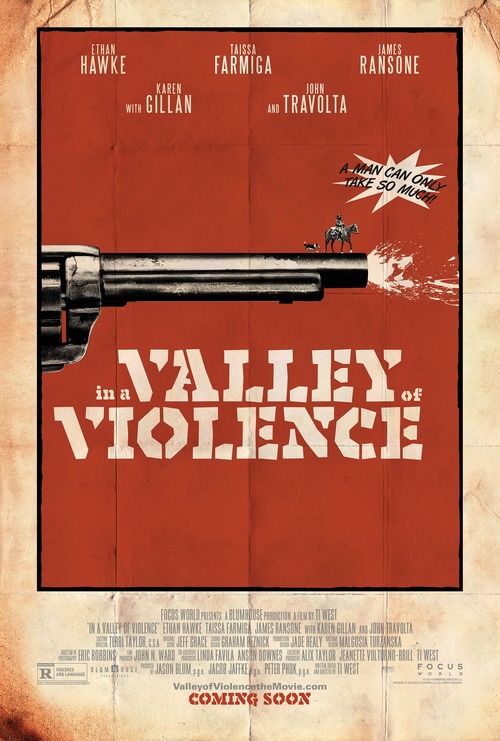 R Thriller, Western
The products below contain affiliate links. We may receive a commission for purchases made through these links.
POSTERS
‹ ›

6.1
Paul is a lonely drifter wandering through the Southwestern deserts with no company but his dog. He plans to go to Mexico, but gets sidetracked while trying to make a shortcut through Denton. Denton is an old mining town that has descended into poverty, chaos, and violence after all the money ran out. In the area that the locals refer to as "valley of violence," a wild gang lead by Gilly, the son of the town's Marshal, is making a shocking amount of trouble. Paul tries to restore some order to the area, but he is quickly pulled into a bloody scheme of revenge.
MOST POPULAR DVD RELEASES
LATEST DVD DATES
[view all]