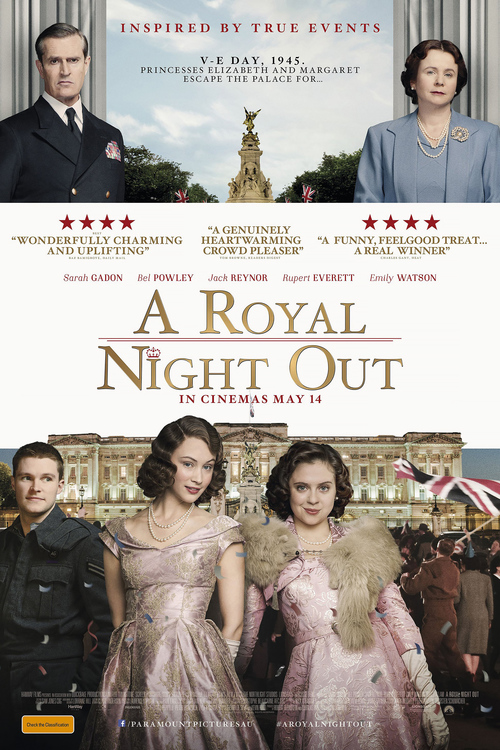 PG-13 Drama, Romance, Thriller
The products below contain affiliate links. We may receive a commission for purchases made through these links.
POSTERS
‹ ›

6.5
It's the night of May 8, 1945, which is the official end of World War II. Two young princesses slip from Buckingham Palace to enjoy the excitement and celebrations among the people. Elizabeth and Margaret Windsor spend a wild, joyous night on the town hoping no one will guess that they are the princesses from the royal castle. Elizabeth meets young Jack, who is an average, working guy, and the two are thrown together in a quest that takes them across London. While Elizabeth has her own secrets to worry about, she doesn't know that Jack also has his own secrets.
MOST POPULAR DVD RELEASES
LATEST DVD DATES
[view all]