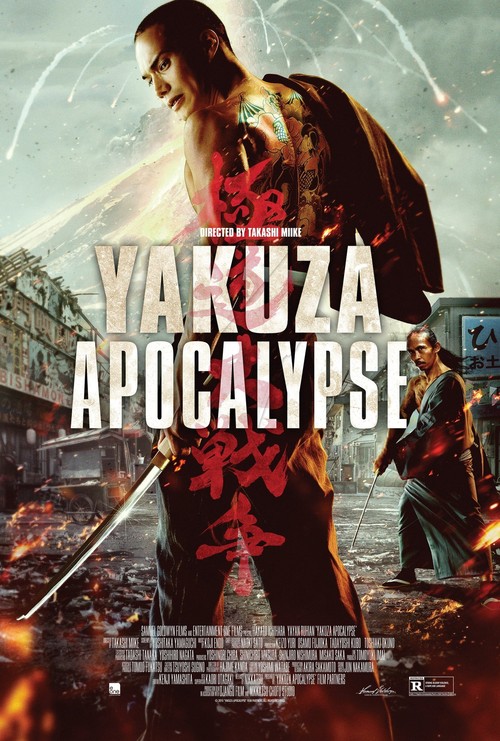 5.5
Following the story of the brave and loyal Kageyama, Yakuza Apocalypse tells the story of this young underling's quest to redeem the murder of his boss, Kamiura. What his enemies don't know about Kageyama, though, is that his dying boss's bite turned him into a vampire - and there's nothing deadlier than a yakuza vampire on your tale. Follow Kageyama's quest to avenge his boss's death at the hands of Kyoken and his master, the mysterious Kaeru-kun, in this thrilling modern-day supernatural action film.
MOST POPULAR DVD RELEASES
LATEST DVD DATES
[view all]