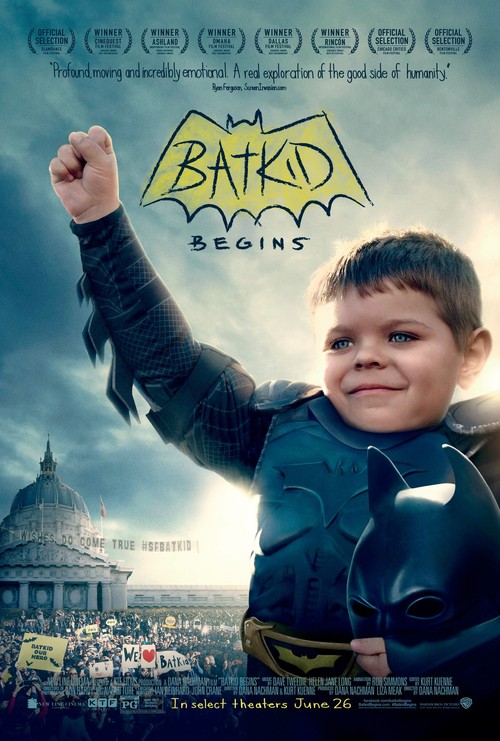 Batkid Begins: The Wish Heard Around the World (2015)

PG Documentary, Family
The products below contain affiliate links. We may receive a commission for purchases made through these links.
POSTERS
‹ ›

7.0
Miles is a young kid who loves Batman and unfortunately has Leukemia. After his last treatment, his parents decide to grant him a wish: to allow him to become Batman. They notice the similarity of both Batman and Miles being fighters; Batman fighting villains and Miles fighting Leukemia. Through Make A Wish foundation, and millions of supporters via twitter, Facebook, and other online sites, they were able to turn San Francisco into Gotham City. Millions watch as Miles and his Batman buddy run through "Gotham" on the bat mobile, saving citizens from villains such as the Penguin or the Riddler. Previous Batman actors and even President Obama support Miles in his endeavor to become Batman.
MOST POPULAR DVD RELEASES
LATEST DVD DATES
[view all]