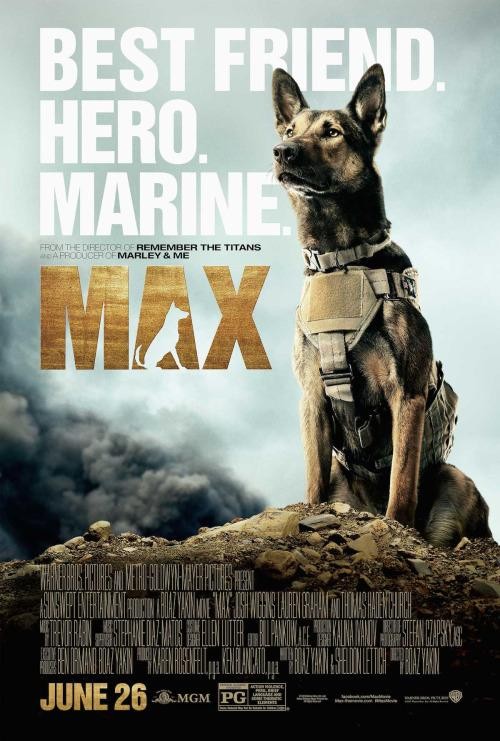 PG Adventure, Drama, Family
The products below contain affiliate links. We may receive a commission for purchases made through these links.
POSTERS
‹ ›

6.7
Max is a handsome German Shephard that is adopted by a Marine unit in Afghanistan during the war. When the soldiers are sent home, Max is left behind, lonely and heartbroken. After scraping by on his own, Max survives a harrowing experience and is brought back to the United States. He is then adopted by his former handler's family and lives the life he earned by being a war hero.
MOST POPULAR DVD RELEASES
LATEST DVD DATES
[view all]