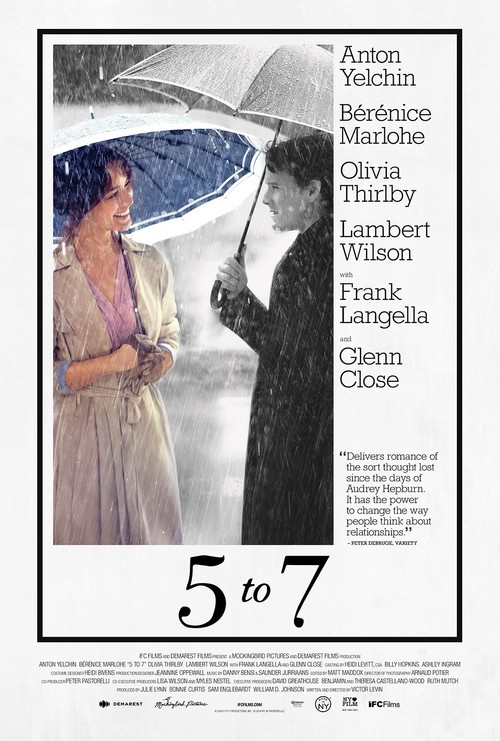 R Comedy, Romance
The products below contain affiliate links. We may receive a commission for purchases made through these links.
TRAILER

7.1
Brian Yelchin is a struggling writer in the city of New York. On the bustling streets of the city, he spots a beautiful woman standing outside. After summoning up his courage, he walks over to speak to her. She is a french woman named Arielle. He learns that she is outside each day for a smoke break. After the first meeting, he is very interested in her. He asks her out on a date, but during dinner finds out that she's married. Brian thinks that will be the end of his relationship with beautiful Arielle, but she confesses that her husband has a mistress. She'd like to enjoy a relationship outside her marriage too.
MOST POPULAR DVD RELEASES
LATEST DVD DATES
[view all]