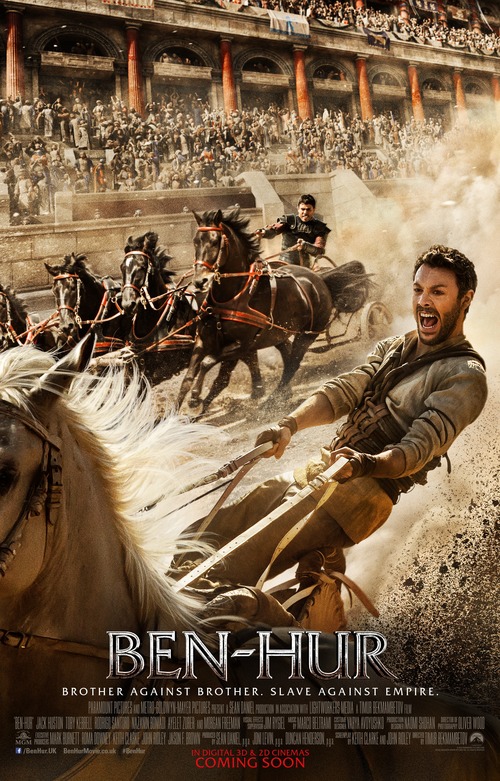 PG-13 Adventure, Drama, History
The products below contain affiliate links. We may receive a commission for purchases made through these links.
POSTERS
‹ ›

5.7
Judah Ben-Hur is devastated when his beloved friend, Messala, faces an assassination attempt. His life is completely turned upside down after he is accused of conspiring against Messala, and this prince is sentenced to work as a slave on a Roman ship. Eventually, Ben-Hur gets the chance to avenge himself in a massive chariot race, and he gets pulled into a battle between the Judaeans and the Romans. Though he is focused on vengeance, Ben-Hur ultimately discovers redemption and peace after he encounters Jesus of Nazareth, who will later go on to change the world.
MOST POPULAR DVD RELEASES
LATEST DVD DATES
[view all]