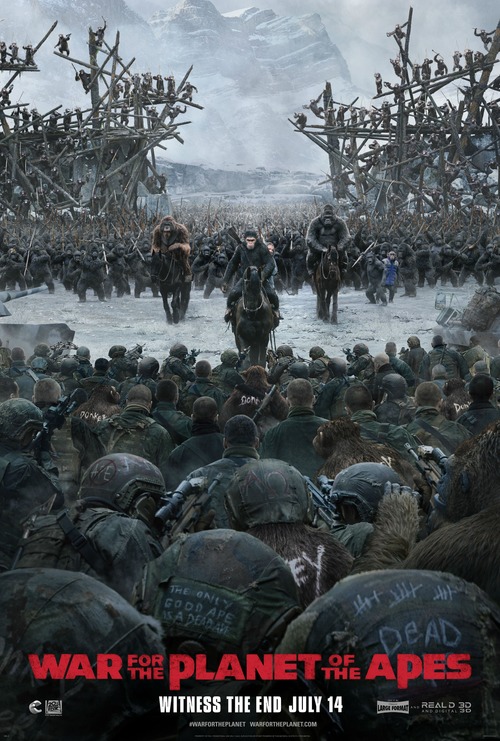 PG-13 Drama, Science Fiction, War
The products below contain affiliate links. We may receive a commission for purchases made through these links.
POSTERS
‹ ›

7.4
The hope for peace is gone. Apes and humans are at war, and the humans are marshaling their forces to finally exterminate their simian enemies. Caesar has led the apes through tumultuous times before, but never have the stakes been so high. With casualties mounting, Caesar must wrestle with his moral compass to determine how far he will go to protect apekind. It all leads to one final, all-out battle between man and ape to decide who will rule Earth.
MOST POPULAR DVD RELEASES
LATEST DVD DATES
[view all]