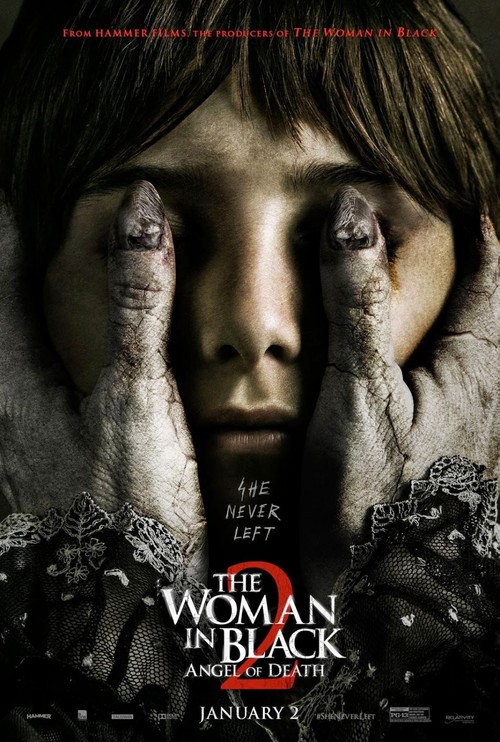 PG-13 Drama, Horror, Thriller
The products below contain affiliate links. We may receive a commission for purchases made through these links.
POSTERS
‹ ›

4.8
The dark sequel to the 2012 British film The Woman in Black, The Woman in Black: Dark Angel, follows a young, beautiful schoolteacher, Eve, and a group of school age children from bomb-torn London to the English countryside. In an attempt to save the group from the Blitz of World War II, Eve leads them to Eel Marsh House, an abandon estate, cut off from the outside world. Safe from the war but also isolated from others, Eve begins to discover that the children are acting strangely, and the threat from the supernatural may be much more real than the war raging outside.
MOST POPULAR DVD RELEASES
LATEST DVD DATES
[view all]