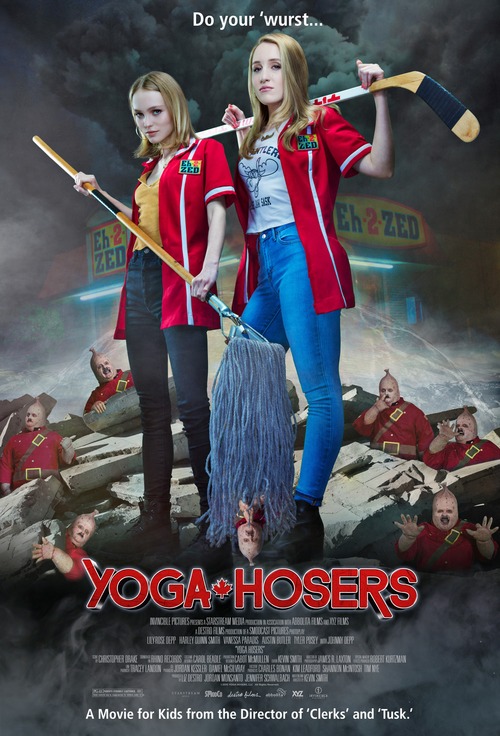 PG-13 Comedy, Fantasy, Horror
The products below contain affiliate links. We may receive a commission for purchases made through these links.
POSTERS
‹ ›

4.2
Two 15-year-olds share a passion for yoga and the same first name in Yoga Hosers, a story of two youthful co-workers waging war against ancient evil from beneath Canada?s crust. Colleen Collette and Colleen McKenzie?s invitation to a party is threatened by the enigma, compelling the optimistic duo to join forces with legendary man-hunter Guy Lapointe. They employ all seven Chakras while fighting for their lives and right to party in the second installment of Kevin Smith?s True North Trilogy.
MOST POPULAR DVD RELEASES
LATEST DVD DATES
[view all]