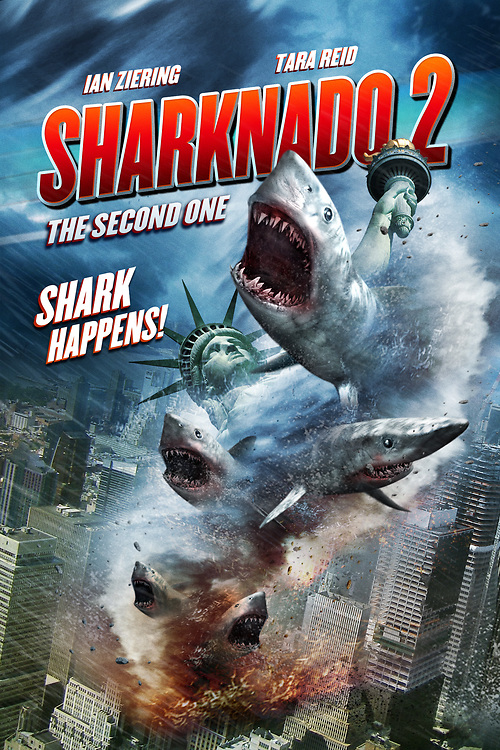 TV-14 Horror, Science Fiction, Thriller
The products below contain affiliate links. We may receive a commission for purchases made through these links.
POSTERS
‹ ›

4.0
This sequel to 2013's "Sharknado" continues to follow Fin Shepard's and April Wexler's exploits but this time, instead of being in Los Angeles, the pair is in Manhattan. The New York City backdrop adds a new dimension to the already hilarious CGI creatures. The shark-infested twisters tear through the city while bizarre seas creatures swim through landmark locations and fly over famous buildings like the Empire State Building. Fin, armed with his trusty weapon of choice, takes his place as shark-slayer supreme. It falls to him to show New Yorkers how to survive in the face of this comedic natural disaster in the Big Apple.
MOST POPULAR DVD RELEASES
LATEST DVD DATES
[view all]