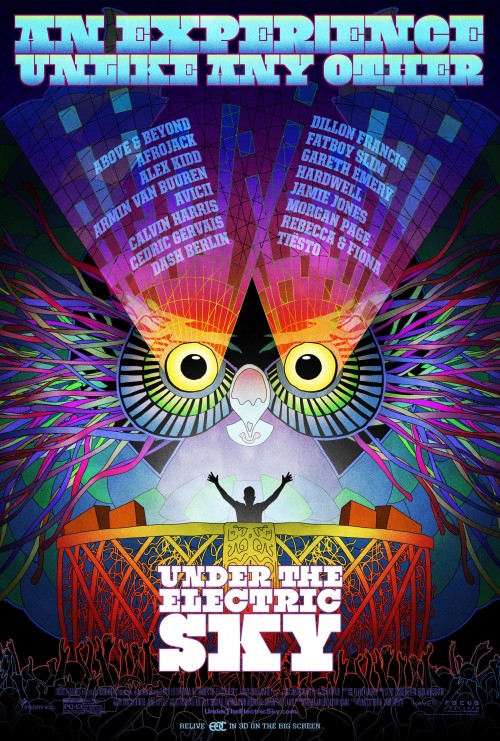 6.4
The Electric Daisy Carnival is a huge dance music event. It started in 1997 and has grown into the largest event of its kind in the U. S. The carnival lasts three days, and features music, rides and large-scale productions. While the carnival started in Los Angeles, it was held in Las Vegas in 2013. The carnival had over 345,000 people over the three days it was held. People come from all over the world to attend the carnival too. Every year, the carnival is more smashing than the previous year. Three carnival-attendees are admitted to behind the scenes areas. There are interviews with some of the other carnival party goers as well as footage of the work that happens to bring the carnival to life each year.
MOST POPULAR DVD RELEASES
LATEST DVD DATES
[view all]