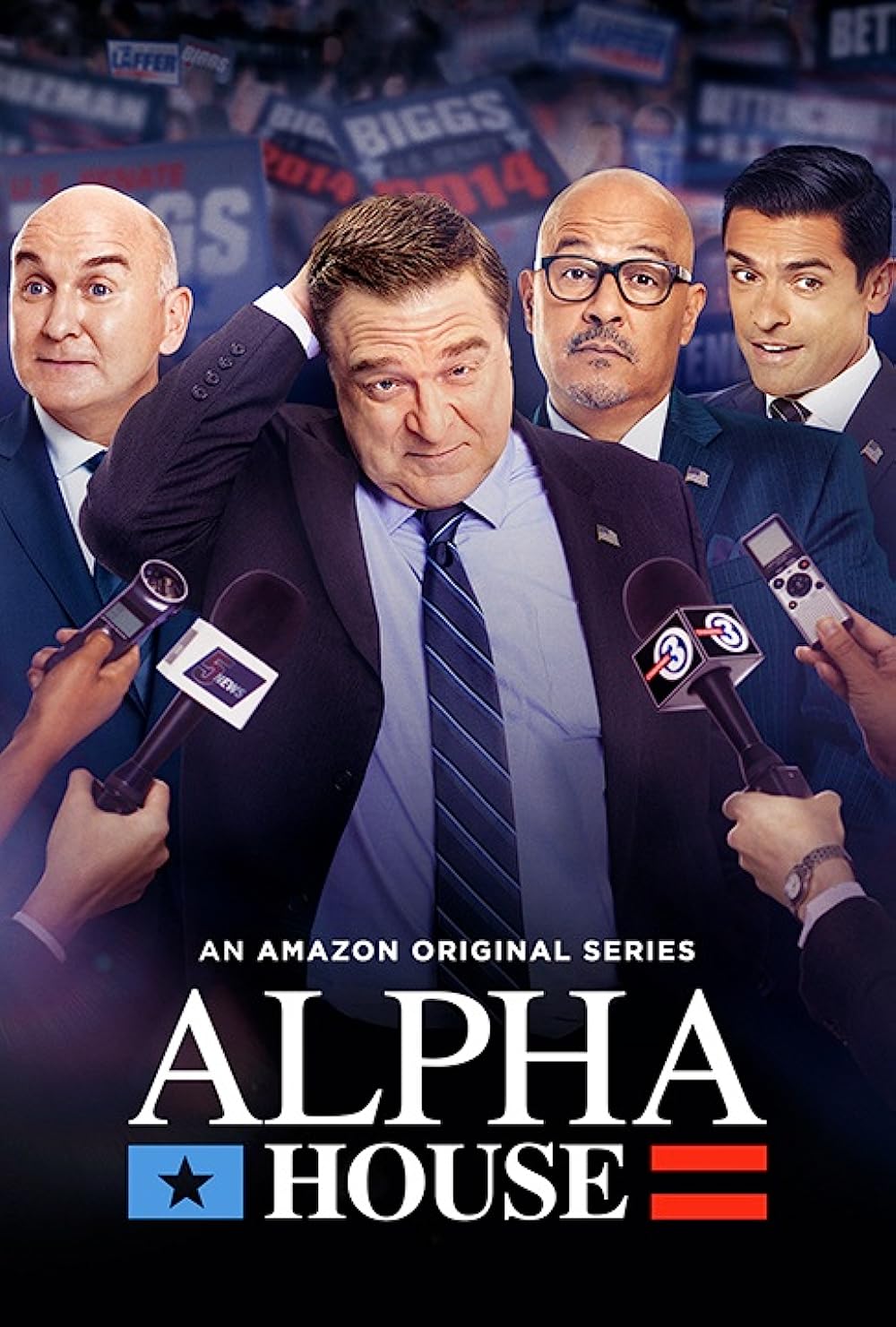 7.5
Alpha House tells the story of four fictional Republican U.S. Senators who live together in the same house in Washington D.C. This political comedy skewers D.C. political divisiveness and addresses the Republican party's issues with branding and modernizing their ideals. With three of the Senators are up for election, the show also shows to what lengths the "Alphas" must go through to keep their jobs in Washington. Though they may all be Republican, the show's lead characters are very different. Sen. Gil John Biggs is a retired basketball coach forced to genuinely campaign for the first time in years when a legitimate challenger seeks his seat. Sen. Andy Guzman acts as the house's junior member and playboy. One of the most senior Senators in Congress, Sen. Robert Bettencourt is an African American senator from Pennsylvania who is very much in big business's pocket. Rounding out the group is Sen. Louis Laffer, who is a socially conservative but potentially closeted Type A personality. Part of the show's dynamic is how these very different personalities manage to live under one roof.
MOST POPULAR DVD RELEASES
LATEST DVD DATES
[view all]