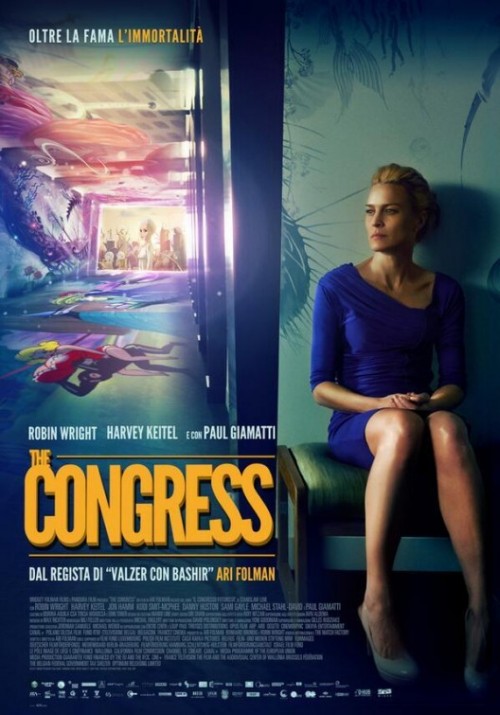 NR Animation, Drama, Science Fiction
The products below contain affiliate links. We may receive a commission for purchases made through these links.
POSTERS
‹ ›

6.4
Robin Wright is an actress that is aging fast and is losing work. Many have turned down working with her or hiring her due to her difficult to work with reputation. Also, laying another heavy burden on her shoulders, she has been struggling to support her son, who is sick and is losing his sight. In the midst of this, arranged by her agent and friend Al, she is offered the chance to sell her likeness, as well as her career, to film studio Miramount. As part of the agreement, she will never be able to act again. She agrees to sell the rights to her digital self, and promises to never act again. Attending the ?Futurological Congress?, a conference about new technology, she discovers a way to manipulate and animated version of herself. As her contract ends, Miramount has decided to sell her likeness to a group called ?punters,? who wish to use her likeness for themselves. Eventually becoming an advocate, Robin is eventually frozen until a cure for mental illness can be found.
MOST POPULAR DVD RELEASES
LATEST DVD DATES
[view all]