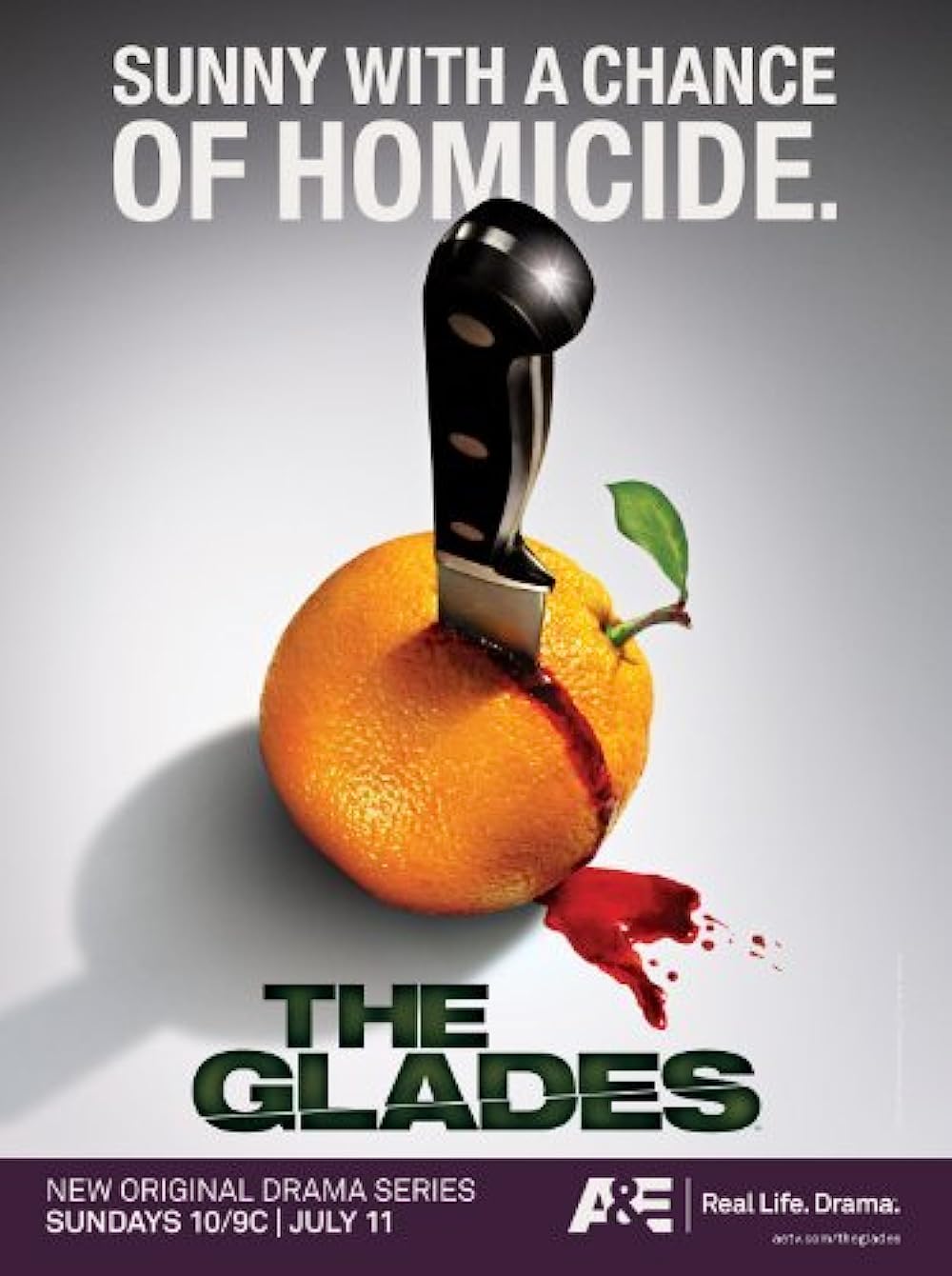 7.4
The Glades takes place in Palm Glade, Florida. Chicago detective Jim Longworth is falsely accused of sleeping with his superior's wife. After the police captain shoots Longworth, he takes his severance and heads to Palm Glade in South Florida. He soon lands a new job with the Florida Department of Law Enforcement, desiring a more peaceful and relaxing existence. Unfortunately, Longworth finds plenty of crime occurring in Palm Glade, including tons of murders. His colleagues find him annoying, but his ability to solve crimes is undeniable. Dr. Sanchez, a forensic pathologist, and Colleen Manus, regional director of the FDLE, aid him in his criminal investigations. For each crime solved, Longworth finds himself dealing with a more hectic situation in Florida than he ever found in Chicago. During the series, Longworth meets Callie Cargill, a married mother with a 13 year-old son. He bonds with her son and pursues Cargill, despite her existing marriage. She finds herself attracted to Longworth but mostly unwilling to divorce her jailed husband. Throughout The Glades, detective Longworth regularly follow police procedure but doesn't hesitate to break protocol to solve a case.
MOST POPULAR DVD RELEASES
LATEST DVD DATES
[view all]