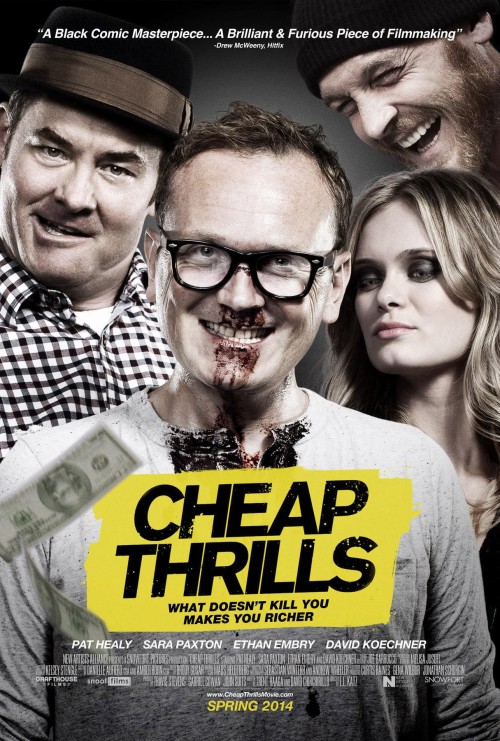 NR Comedy, Crime, Drama
The products below contain affiliate links. We may receive a commission for purchases made through these links.
POSTERS
‹ ›

6.7
Craig is a man with a low-wage job and a struggling family. After he loses his job as an auto mechanic he is threatened with eviction. In an attempt to postpone telling his family, he heads to his local bar to drink away his sorrows. There he encounters Vince, an old friend from his high school days. Craig and Vince begin a conversation with a mysterious rich couple, Colin and Violet. After a few rounds of drinks, the couple then makes Craig and Vince a proposition: in exchange for completing a few innocent dares, they will be given money. At first it seems like easy money. But as each dare is completed, the next challenge increases in both danger and reward. As the night goes on Craig and Vince must question how far they are willing to go for money as Colin and Violet?s twisted sense of humor pushes them to become more violent and depraved, all in the name of a getting a cheap thrill.
MOST POPULAR DVD RELEASES
LATEST DVD DATES
[view all]