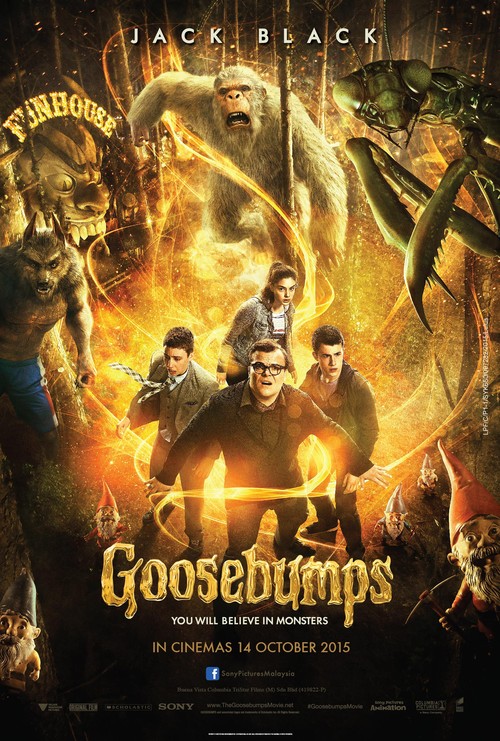 PG Adventure, Comedy, Horror
The products below contain affiliate links. We may receive a commission for purchases made through these links.
POSTERS
‹ ›

6.3
Zach Cooper has the quiet life of the average American teenager. He is brimming with angst, upset about moving from a big city to a small town, and wishes his life were a little less boring. That is until he meets Hannah ? a beautiful, intelligent neighbor whose father happens to be the renowned, mysterious horror writer, R.L. Stine. Unfortunately, Stine is battling the demons of his imagination ? those monsters that he trapped within his books to keep the people of Greendale, Maryland, and the world, safe. However, everyone in the town is thrown into a terrifying story of their own when Zach accidentally unleashes the book monsters, leaving R.L. Stine and his brave daughter to clean up the mess.
MOST POPULAR DVD RELEASES
LATEST DVD DATES
[view all]