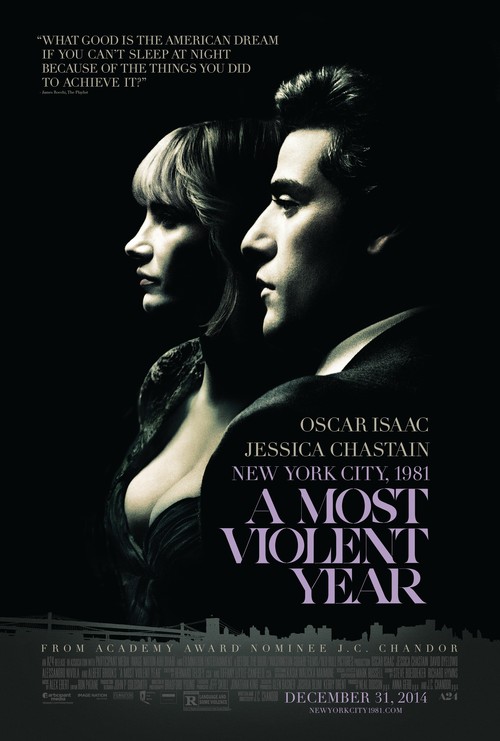 7.0
Abel Morales is an ambitious young immigrant who resides in New York City with the rest of his family. The time period is 1981, which was one of the Big Apple's most notoriously vicious years in past decades. Although Oscar is surrounded by seemingly unrelenting violence, unscrupulousness and dishonesty, he, along with the rest of his kin, makes a strong effort to improve his business and make the best of whatever chances he's lucky enough to get. He owns a business that specializes in heating oil. His wife Anna assists him greatly in the operations of the business. While he's trying to succeed with his business, he experiences disruptions every step of the way. For example, he encounters a major rival in Peter Forente, who also works in the heating oil business. Forente is a distributor. Abel gets wrapped up somehow in all of the misconduct and immorality going on all around him, which then potentially jeopardizes all of the good he's tried so hard for so long to create.
MOST POPULAR DVD RELEASES
LATEST DVD DATES
[view all]