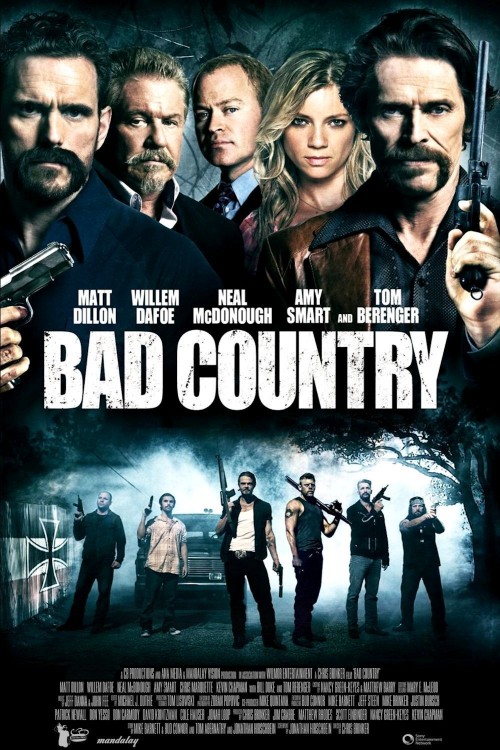 5.8
Based on a true story, Bad Country is a dark crime drama set in the Louisiana bayou. Detective Bud Carter investigates and arrests contract killer Jesse Weiland. Rather than serve life in prison and see the breakup of his family, Weiland makes a deal with Carter to become an informant. When the FBI becomes involved, they take control from Carter, making Weiland uneasy. After a sting falls apart, Lutin Adams, the crime syndicate boss, knows there is a rat and uses his connections to find it. When he has Weiland's family murdered, Weiland vows revenge, killing his way through the Adams crew and trying to hunt down Adams himself. Carter pursues the syndicate to the French Quarter, landing himself, Weiland, and Adams in a deadly standoff.
MOST POPULAR DVD RELEASES
LATEST DVD DATES
[view all]