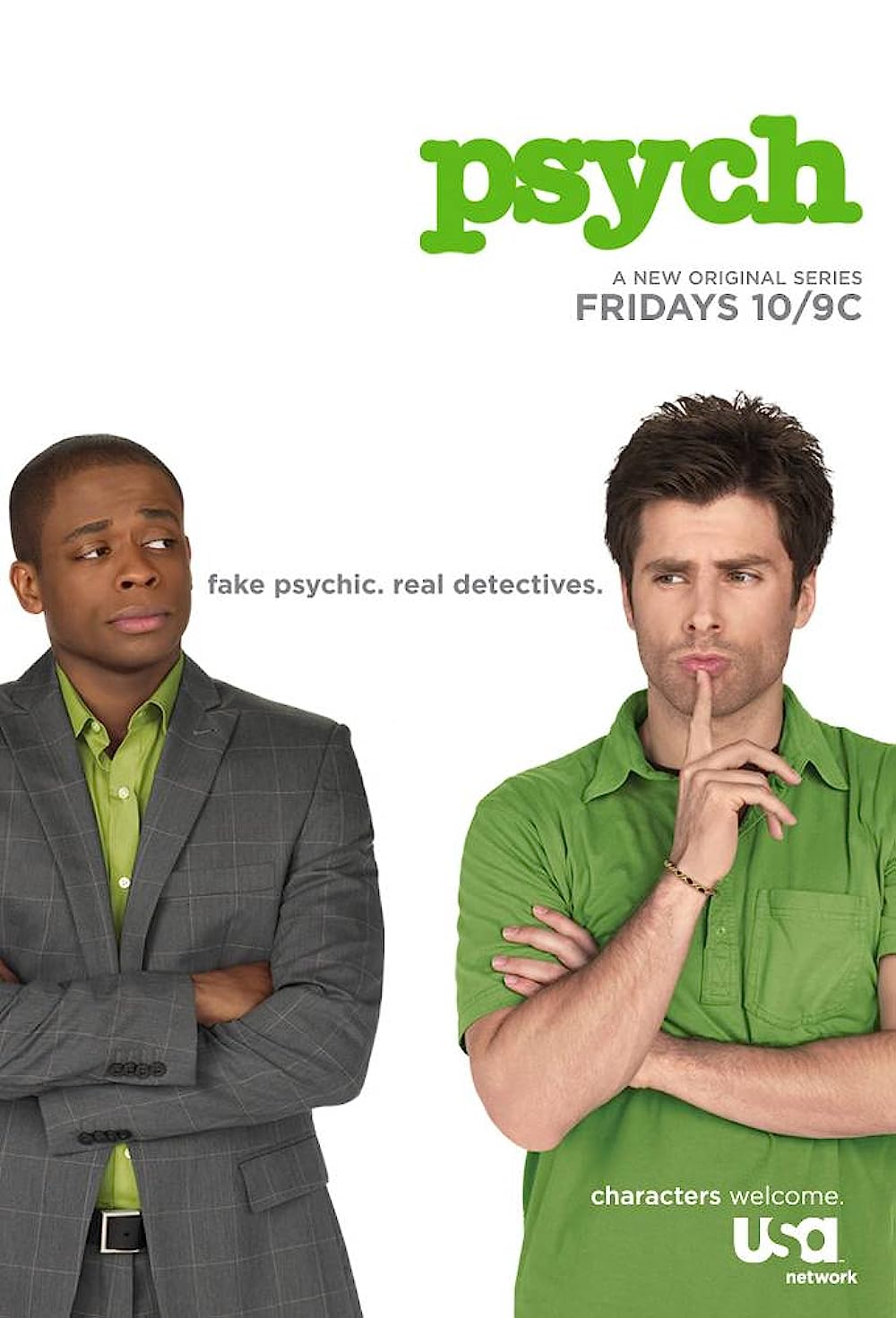 8.4
Shawn Spencer and his childhood best friend, Burton Guster solve crimes with the police. Shawn came onto the police radar when he used his observation skills to solve crimes by watching newscasters reporting the crime on television. Carlton Lassiter threatens to arrest him for being a part of the latest crime since they don't believe he solved the crime by watching television. To avoid being arrested, he claims to be psychic and proves it with clues he picked up in the station using his eidetic memory. Shawn and Gus opened up the Psych detective agency and take cases from the police department. Lassiter still doesn't trust Shawn but his partner, Juliet O'Hara starts dating Shawn after a few years of tension and missed opportunities between them.
MOST POPULAR DVD RELEASES
LATEST DVD DATES
[view all]