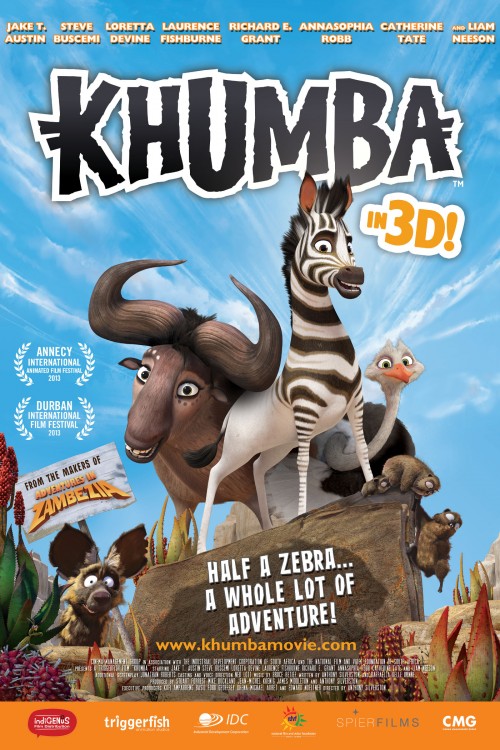 NR Adventure, Animation, Family
The products below contain affiliate links. We may receive a commission for purchases made through these links.
POSTERS
‹ ›

5.7
Khumba is a zebra who is half striped. His herd is prejudiced against him and Khumba is blamed for a drought. Tombi is his zebra female friend and she does not blame him. Khumba's father then blames him for the drought, and thus the death of Khumba's mother. Khumba leaves the herd. Khumba is prey to all the terrors of the outside world when he leaves the herd, a leopard named Phango who controls the waterhole, and a wily wild dog-named Skalk are among his problems. A wildebeest named Mama V and Bradley the ostrich, who are both different in their own way, rescue Khumba. Khumba then goes on a quest for a safe waterhole. He learns through various interactions that being different is not a crime, but is often the best thing that could happen.
MOST POPULAR DVD RELEASES
LATEST DVD DATES
[view all]