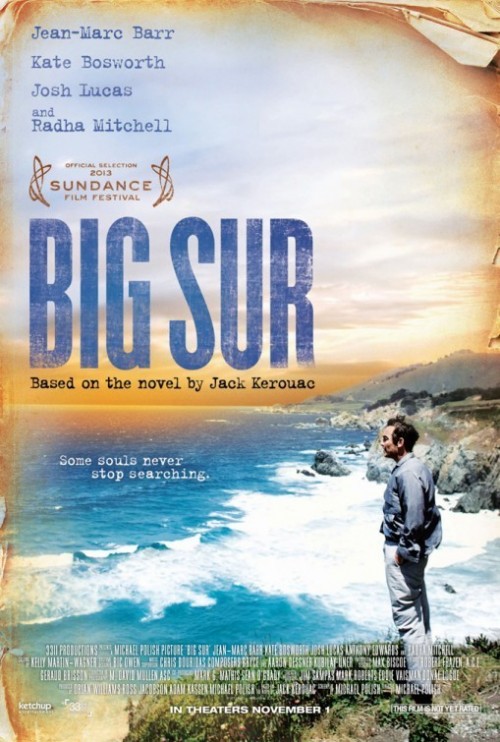 5.9
Jack Kerouac is living a self-destructive lifestyle after reaching sudden fame. He had experienced huge success from his popular novel, On The Road and his mind and body were in bad shape. Jack now lives a life consumed by drugs and alcohol and is tormented with low confidence and self-doubt. Jack leaves New York for California to escape his problems at an isolated cabin in the Big Sur woods. The next three weeks prove to be both helpful and terrifying. Although he appreciates the beauty that surrounds him, he is unable to come to terms with his demons. He sets off on a self-destructing collision course of misery, depression and madness. Jack finally experiences a hallucinatory breakdown, and he emerges in victory with understanding, peace and a new hope for his future. Big Sur is a movie about the challenges that some people experience when they reach sudden fame. It takes you deep inside the mind of Jack where you suddenly understand what he's going through. His lifestyle of drinking and partying was his only means of escaping the madness only he created. Big Sur ends on a happy note, with Jack going back home to his hometown of Long Island, New York.
MOST POPULAR DVD RELEASES
LATEST DVD DATES
[view all]