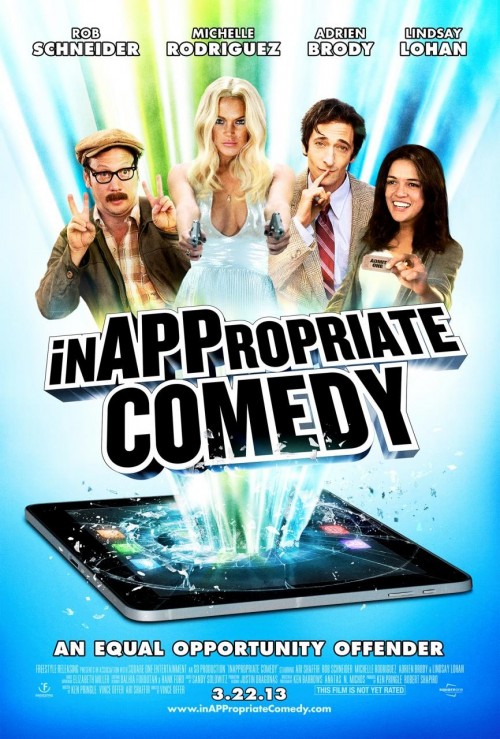 2.7
The movie InAPPropriate Comedy uses the framing device of a computer that has been loaded with multiple computer applications designed to create offensive comedy as a set-up to show a variety of short, humorous comedy sketches, including parodies of the movie Dirty Harry loaded with double entendres, Jackass featuring five African-American actors, a pornographic version of Swan Lake, and The Seven Year Itch, which recreates the famous movie scene of Marilyn Monroe standing under a street grate, while another man watches from below. The closing sketch, called 'The Amazing Racist' features a man going around New York City saying offensive stereotypes to random people that he meets on the street.
MOST POPULAR DVD RELEASES
LATEST DVD DATES
[view all]