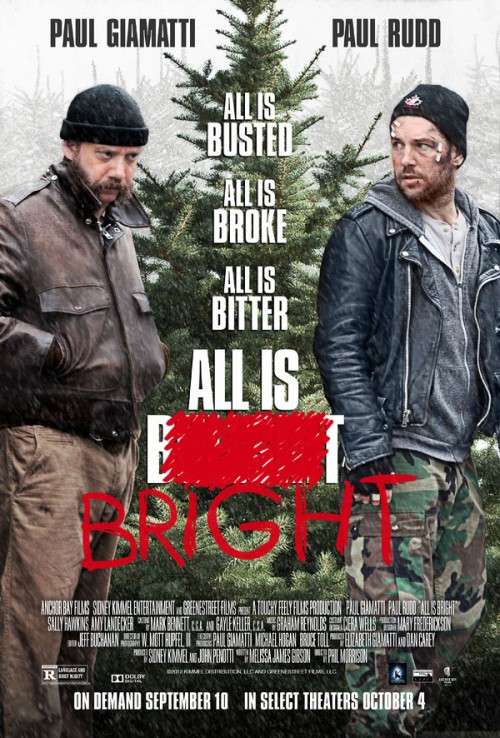 5.6
The comedic drama "All Is Bright" is a Christmas movie that focuses on the dynamic of ex-con Dennis and his suave old friend Rene, who spend the season selling Christmas trees together. Dennis is not too thrilled about going into this business with his buddy, but he's willing to give it a shot in hopes of procuring a piano for his daughter, whose relationship with him has been strained for some time. It makes matters much worse that Rene is in the process of planning to wed Dennis's wife, Therese, who has lied to their daughter and told her that Dennis is dead. Dennis and Rene are the ultimate odd couple, and working together in a business intended to be permeated with holiday cheer brings out the best and worst in them. The film manages to be a fairly feel-good holiday film that includes several surprising twists and turns along the way.
MOST POPULAR DVD RELEASES
LATEST DVD DATES
[view all]