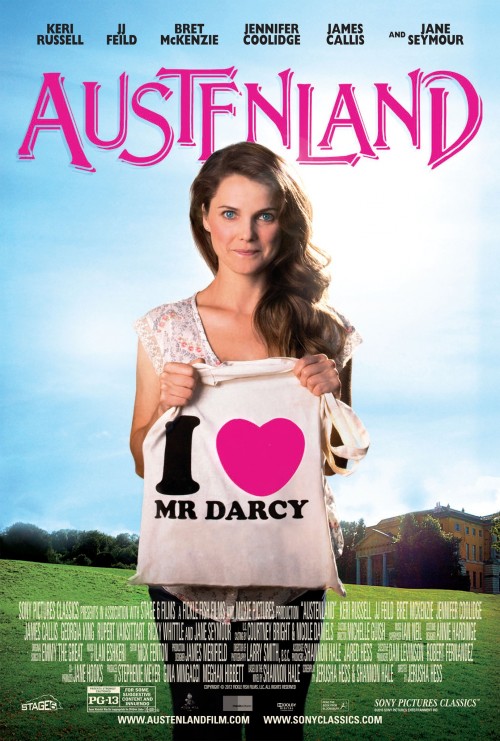 6.2
Originally a novel, Austenland is also the name of a supposed British fantasy destination. It's like Disney for lonely, mostly female adults, and it has all the trappings of one of Jane Austen's old-fashioned romances. The main character, Jane (Keri Russell) has bought this very expensive experience because she is obsessed with Pride and Prejudice. She knows that real world men can't measure up to the fictional Mr. Darcy. The plot centers on her struggles to immerse herself in a rather silly world without investing her own heart. Of course, there are obstacles to true love, including the fact that everyone is essentially acting. Jane and the other guests are just enjoying a role for a week. There are actors playing the parts of the villains and the heroes. How can anyone, much less Jane, actually expect to find true love in this made-up world? After all, Jane has to return to the real world when her money runs out. Of course, Jane may be destined for a better ending, one that Jane Austen herself would have picked.
MOST POPULAR DVD RELEASES
LATEST DVD DATES
[view all]